Desperate to persuade their smug tree-dwelling friend, Pierre Anthon, that life isn’t pointless, a group of teenagers gather all the objects that are important to them to create a “heap of meaning”: green sandals, a bike, a pet, Jesus on a cross, Cinderella the dog. It seems there is nothing in the world that doesn’t mean something to someone. The ruder Pierre is to his friends, the more extreme their collecting becomes …

Things and beliefs come to define us. Who are we without them? Are we really “nothing”?

A cast of two actors – Jane Hamilton-Foster (Shit, Eight Gigabytes…) and Josef Ber (Mamma Mia, Rush, Bell Shakespeare) – create the whole world of the village, the school and the teenagers in this Australian premiere of the internationally acclaimed Danish play, Nothing, directed by one of Australia’s most innovative and dynamic theatre-makers, Kate Gaul. 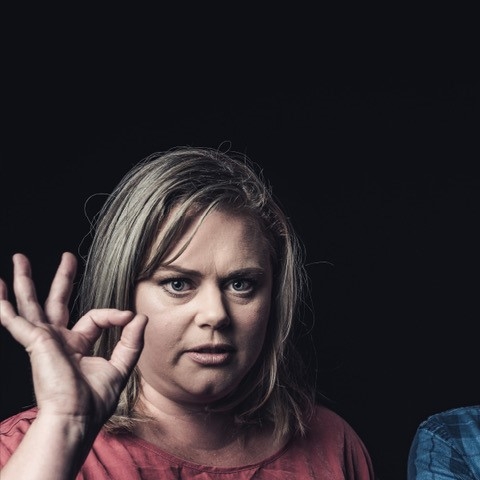 Online ticket sales stop 3 hours before each performance.  Door sales will be available at the venue from 30 minutes prior to show time