A KARAOKE CABARET, WHERE YOU SING WHEN TOLD TO
Theatre Royal Studio Theatre
Book now
Favourite

In a Studio Theatre cabaret show, Greg Leong reprises his role as the flamboyant Princess Feng Yee hosts an evening of unexpected insights into what is happening right now in Australia from a different cultural perspective.

Her eclectic repertoire is peppered with social and political comments, from traditional Aussie tunes to being a woman working in Canberra to torch songs by lovelorn heroines of popular song and opera.

Arriving in Tasmania in 1982, Feng Yee has dedicated her life to helping others like herself to become real Australians. She invented Karaoke-in-Education, introducing Australian culture to Chinese migrants. In the process, she finds out just how Australian Australians are.

40 years on, at 75, Feng Yee remains an über glamorous Chinese Australian. She lets you know what it’s like to be from another culture spending half a lifetime fitting in.

Book a table and add a wine and cheese package for two people to enjoy during the show.

Greg Leong is a widely exhibited Chinese Australian artist and curator. Trained in arts management in London and other disciplines in the arts in Hong Kong and Tasmania, Greg has worked in many related fields: radio, venue management, arts marketing, visual and performing arts curation and as a lecturer in visual arts. He has exhibited regularly since 1988.  In 2003 he wrote and performed his one person cabaret, Jia which was performed all over Australia and London. 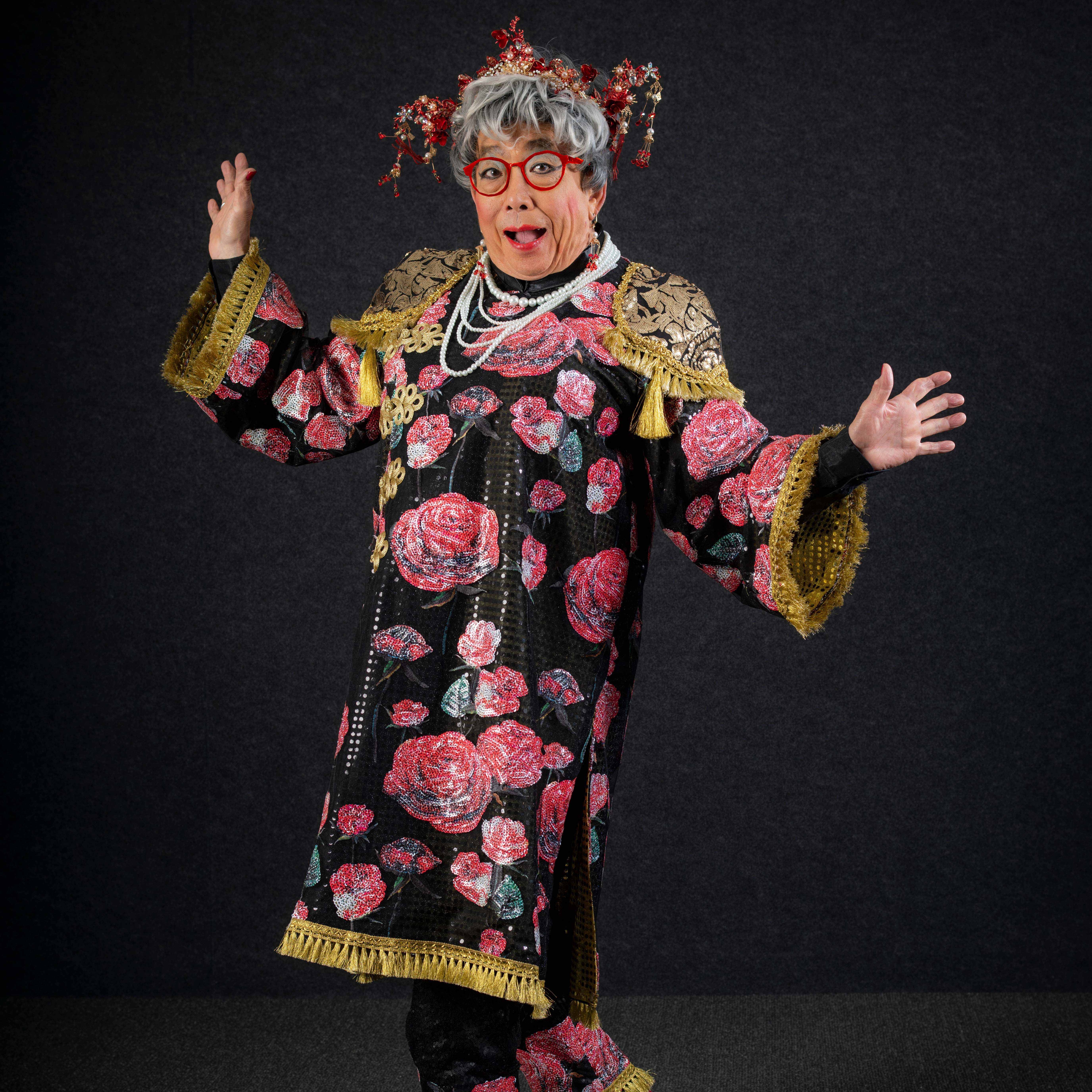 “… Princess Feng Yee stars in her own karaoke cabaret with a theatricality that jibes and japes at the crude and the cruel.”
Sue Moss, Realtime
Tickets

Wine and Cheese Package $95 per person

Minimum 2 people per booking
This is only available with a table seat.