2022
Comedy
THE CHASER DIGITAL AND THE SHOVEL PRESENT

Some of the biggest names in Australian satire are coming to take you on a dazzling journey through the most ridiculous, tumultuous and flat-out frightening year since 2021.

Charles Firth (co-founder of The Chaser and director of Chaser Digital), James Schloeffel (founder of The Shovel) and Mark Humphries (the tall guy who does the satirical sketches on ABC’s 7:30) are joined for the first time by the outrageously talented musical comedian Gabbi Bolt (“Best Newcomer - Sydney Comedy Festival”, “Best of the Week - Adelaide Fringe”, Winner of 2021 Moosehead Award - Melbourne Comedy Festival).

Featuring a round-up of the top headlines from The Chaser and The Shovel, musical performances, political sketches and awkward audience interaction, they’ll touch on hilarious topics such as the war in Ukraine, the impending climate apocalypse, destruction of women’s bodily autonomy in America and how to be as charismatic as Peter Dutton.

Their previous shows have been described as “A cut above the rest” (The Adelaide Advertiser), “An onslaught of razor-sharp satire” (The Barefoot Review) and “The second best satirical supergroup after Sky News After Dark” (Peta Credlin).

Gabbi Bolt has been described by Wil Anderson as "If you want to be the kind of person that can say 'I saw Tim Minchin before he was big' Gabbi's that sort of act." And by the Adelaide Advertiser as “An icon in the making”.

If you only go to one show this year, you really should be getting out more.

Purchase a VIP ticket to receive the best seats + a complimentary copy of “The Chaser & Shovel 2022 Annual” valued at $32.95! 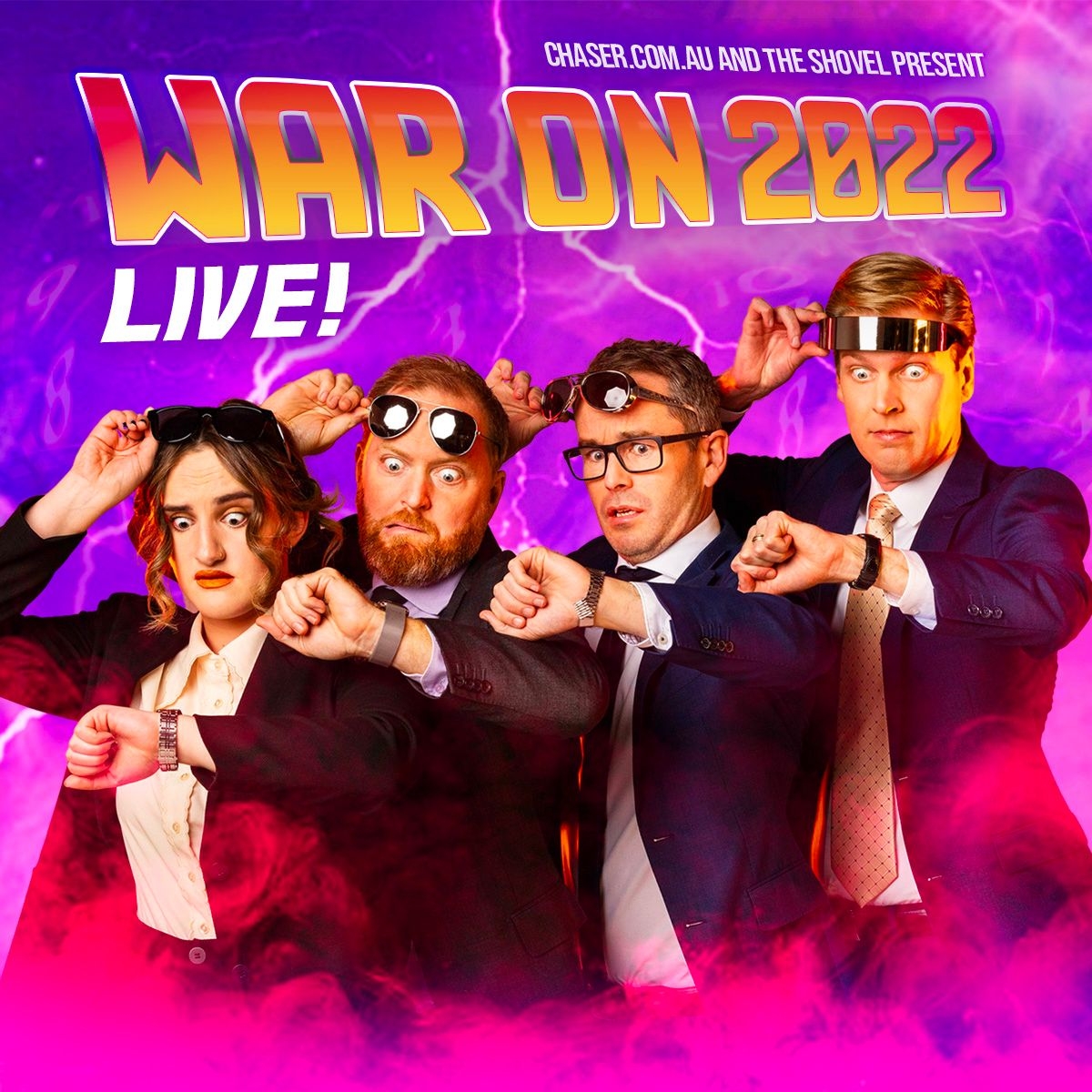 Not suitable for those under 15 years.