The first mandolin soloist to be nominated for a classical Grammy, Avi Avital has been compared to Andres Segovia for championing his instrument and to Jascha Heifitz for his incredible virtuosity. Avital’s wide-ranging repertoire and inventiveness have led to collaborations with outstanding musicians all over the world. He has commissioned over 100 new works for the mandolin and performed as a soloist with the world’s greatest orchestras and conductors.

Giovanni Sollima is an internationally renowned cellist and Italian composer whose works are frequently performed internationally. He has collaborated with many of the world’s best orchestras, conductors, and chamber musicians. Since 2010 he has been teaching at the Accademia Nazionale di Santa Cecilia, where he was awarded the title of Academic.

Israeli mandolinist Avi Avital and Italian cellist Giovanni Sollima present four centuries of culture from opposite sides of the Mediterranean. These good friends will use words and music to share traditional Salento, Bulgarian, Turkish, Sephardic and Macedonian works.

They will also forge new traditions when Giovanni plays one of his own improvisations, followed by Tarantella Orientale from composer Eliodoro Sollima (or, as Giovanni knows him, Papa).

Nestled between these experiences will be a couple of Baroque sonatas (enter Italian legends Scarlatti and Castello), and a 17th century canzona from Frescobaldi.

Come along and listen to music with world roots brought to local stages. 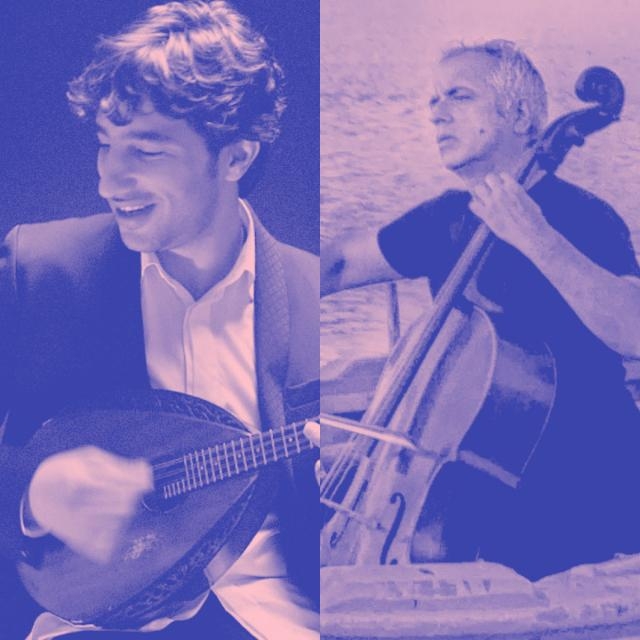