The musical gala with an international cast brings London’s West End and New York’s Broadway in a return to Australia with a brand-new show.

The World of Musicals brings the very best of musical theatre to life!

This incredible production with the wonderful revue of all your favourite musical theatre hits which include such classics - The Lion King, Fiddler on the roof, Mamma Mia, We Will Rock You, The Mikado, The Pirates of Penzance, HMS Pinafore, The Phantom of the Opera, West Side Story, Cats, Evita, Wicked, The Rocky Horror Picture show, Jesus Christ Superstar, The Greatest Showman, Jersey Boys, Oklahoma, South Pacific , Miss Saigon, The Boy from OZ, Hairspray, Les Misérables, The Blues Brothers.

The World of Musicals …. colourful, inspiring, and memorable musical classics, all performed by an international star-studded cast, presenting the audience with nightly entertainment at the highest level.

Whether a soloist, duet or the entire ensemble, the performers of this musical event will inspire in this musical whirlwind.  Direct from their USA tour, this select cast of highly talented and accomplished performers have featured in worldwide smash hits such as Jesus Christ Superstar, Hairspray, West side Story, Titanic, Les Misérables, Wizard of OZ, Musical Star Nights, Mary Poppins, Me and my girl, Evita, the king of Narnia, Rent, Avenue “Q”.

"ALL THE HIT’S IN ONE SHOW " that is the motto of this musical gala, full of highlights - the emotional and varied journey into the World of Musicals will delight the audience.

The World of the Musicals is a show for the entire family, so get ready to be enthralled and sing along to all your favourite and much-loved Musicals in one unforgettable evening.

The World of musicals simply not to be missed! 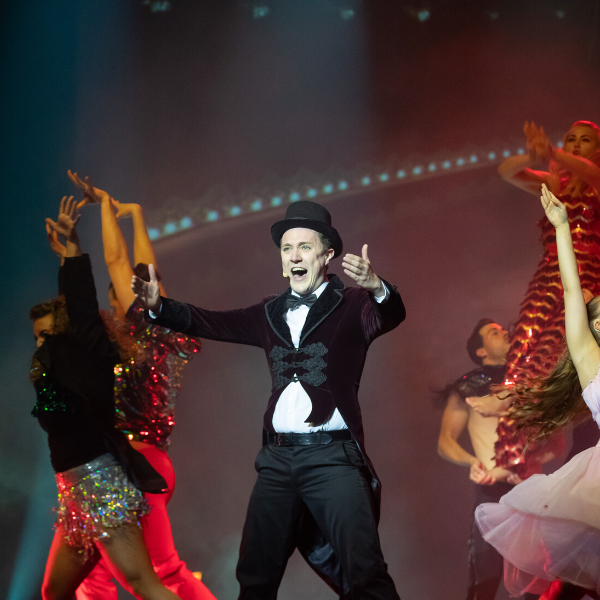