Could not retrieve the oEmbed resource.

This show was originally scheduled for Thursday 18 November 2021 however was rescheduled to the new date of Friday 08 April 2022.  All tickets will be held in the same seats for the new performance dates.

From the producers of Prada’s Priscillas comes Les Divas: An all-male revue.
Australia’s six-foot-something songstress Prada Clutch plays the Goddess of Pop; Cher in her new show set on the Las Vegas Strip featuring an allstar
line-up of her most famous friends.

Relive their greatest hits including If I Could Turn Back Time, Get The Party Started, Proud Mary, I Will Always Love You & I'm Coming Out.

The show is headlined by Prada Clutch; one of Australia's most in-demand live-singing drag queens. Prada has headlined stage shows across Australia, playing both major cities & regional towns.

The show is Creatively Directed by one of Australia’s original divas from Les Girls of Kings Cross, Monique Kelly. Monique was a cast member of Les Girls from 1973 to 1997. The show features a cast of seven, choreographed by Stephen Clarke. Stephen has been Dancing and Choreographing professionally since 1985. Stephen’s experience extends to working with Aussie divasKylie & Dannii Minogue, as well as international divas Cyndi Lauper & Diana Ross.

Witness the greatest divas being impersonated like never before as they tour Australia. 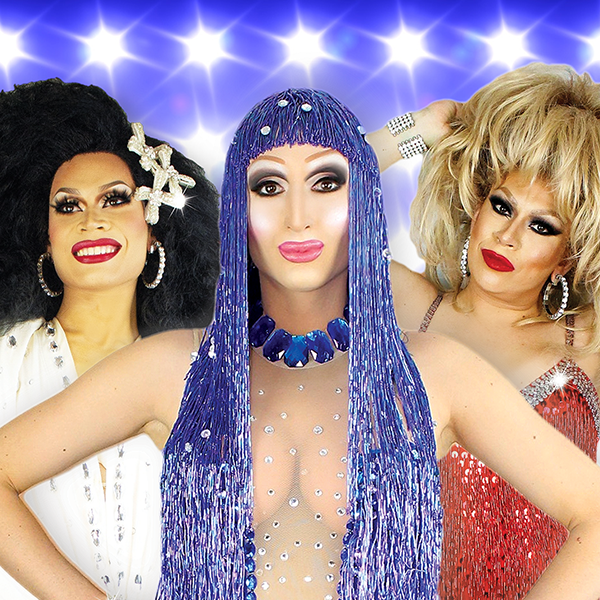 Recommended for ages 15+
Minors should be accompanied by an adult.