TWO OF US – THE SONGS OF LENNON & McCARTNEY

Two of Australia’s most applauded performers, Damien Leith & Darren Coggan, come together to celebrate the songbook of the most inspiring songwriters of all time, John Lennon & Paul McCartney.

Performing immortal songs from The Beatles treasure trove of pop history, along with the richness and diversity of Lennon & McCartney’s solo careers, Damien and Darren transport the audience back in time, back to the well of inspiration, to hear the timeless songs of Lennon & McCartney as they would have sounded when they were freshly penned, just a guitar, a piano and two voices.

Two Of Us – The Songs Of Lennon & McCartney, starring Damien Leith & Darren Coggan promises to be a magical, intimate and acoustic portrait of the songs that changed the world.

Damien Leith first captured the attention and affection of Australians when he was crowned winner of 2006 Australian Idol on Network 10. Since then Damien has made his mark in Australia as a singer, songwriter, producer, author, playwright and tv personality. He has enjoyed platinum-selling albums and toured Australia extensively with his tributes to Roy Orbison & Elvis Presley. Damien recently released an app entitled ’Damien Leith Storytime' featuring bedtime stories for kids and is currently enjoying his experience as breakfast announcer on 98.1 Power Fm.

Darren Coggan is one of Australia’s most exciting and diverse artists, a masterful storyteller who has carved a solid career within the Australian Country Music Industry, winning numerous Golden Guitar Awards. Darren has been equally as comfortable in musicals and on screen, currently presenting for the Network 7 lifestyle program ‘Sydney Weekender’. Darren Coggan is perhaps best known for his critically acclaimed portrait of Cat Stevens that has inspired audiences in the most prestigious theatres around the world, including sell out seasons at the Sydney Opera House Concert Hall, Glasgow Concert Hall & Liverpool Philharmonic. The songs of Lennon & McCartney reward listeners at every turn, and in the end, they will outlive us all. 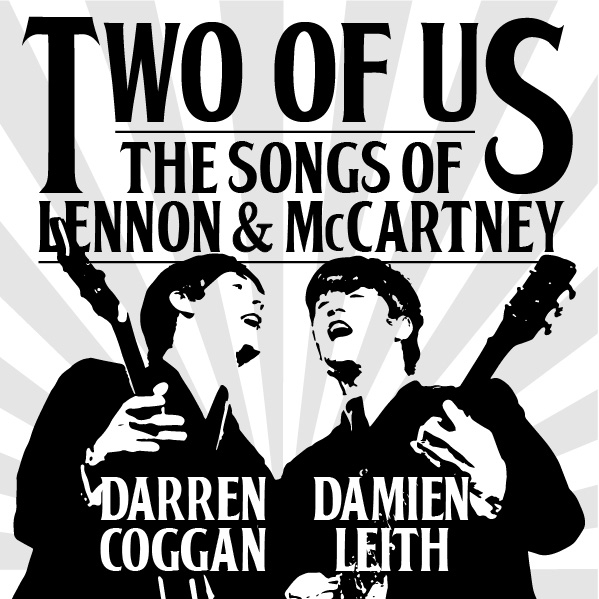 Suitable for the whole family.