The stream will be active after the live event, and you will be able to purchase tickets to view the stream up until 11:59pm on Tuesday 22nd February.

Both Wesley and Stephen are recognised across the country for their impact on the arts industry so Theatre Royal has made this event accessible for everyone across Australia. If you are unable to make it to Hobart during tunapri nipaluna weekend, take a virtual seat through purchasing your ticket to the live stream of In Conversation: Wesley Enoch and Stephen Page.

For over three decades Wesley Enoch and Stephen Page have been two of Australia’s leading directors, festival makers and cultural thinkers. In this special talk event, Wesley will take us through Stephen’s enormous contribution to Australian dance, as he presents his final production with Bangarra for over 30 years as the company's artistic director. We will also hear their perspectives on the dynamic changes that have taken place within First Nations arts and cultural practice over recent decades, and the contribution the arts makes towards representation and reconciliation.

Stephen is a descendant of the Nunukul people and the Mununjali clan of the Yugambeh Nation from South East Queensland. In 1991, Stephen was appointed Artistic Director of Bangarra and has developed a signature body of works that have become milestones in Australian performing arts.

Stephen continues to reinvent First Peoples storytelling within Bangarra and through collaborations with other performing arts companies. He directed the Indigenous sections for the 2000 Sydney Olympic Games Opening and Closing Ceremonies and created a significant dance work for his dad’s People, the Munaldjali clan of the Yugambeh Nation, as part of the Gold Coast 2018 Commonwealth Games Opening Ceremony. Stephen has choreographed over 27 works for Bangarra. His most recent works include the Helpmann Award winning work Bennelong in 2017 and the work Dark Emu in 2018, choreographed together with former Bangarra dancers Daniel Riley and Yolande Brown, and which went on to become one of the most successful productions in the history of Bangarra.

Stephen’s first full-length film SPEAR premiered at the Toronto International Film Festival before screening at various arts festivals around Australia in early 2016. He has also co-directed and choreographed the documentary FREEMAN (2020), directed the chapter Sand in the feature film The Turning (2013), and choreographed the feature films Bran Nue Dae (2009) and The Sapphires (2011).

In 2015 Stephen was awarded an Honorary Doctorate of Creative Arts by the University of Technology Sydney. In 2016, he received both the NAIDOC Lifetime Achievement Award and JC Williamson Award. In 2017, Stephen was honoured with the Australia Council Dance Award for significant contributions to the cultural and artistic fabric of the nation, and was appointed an Officer of the Order of Australia (AO). 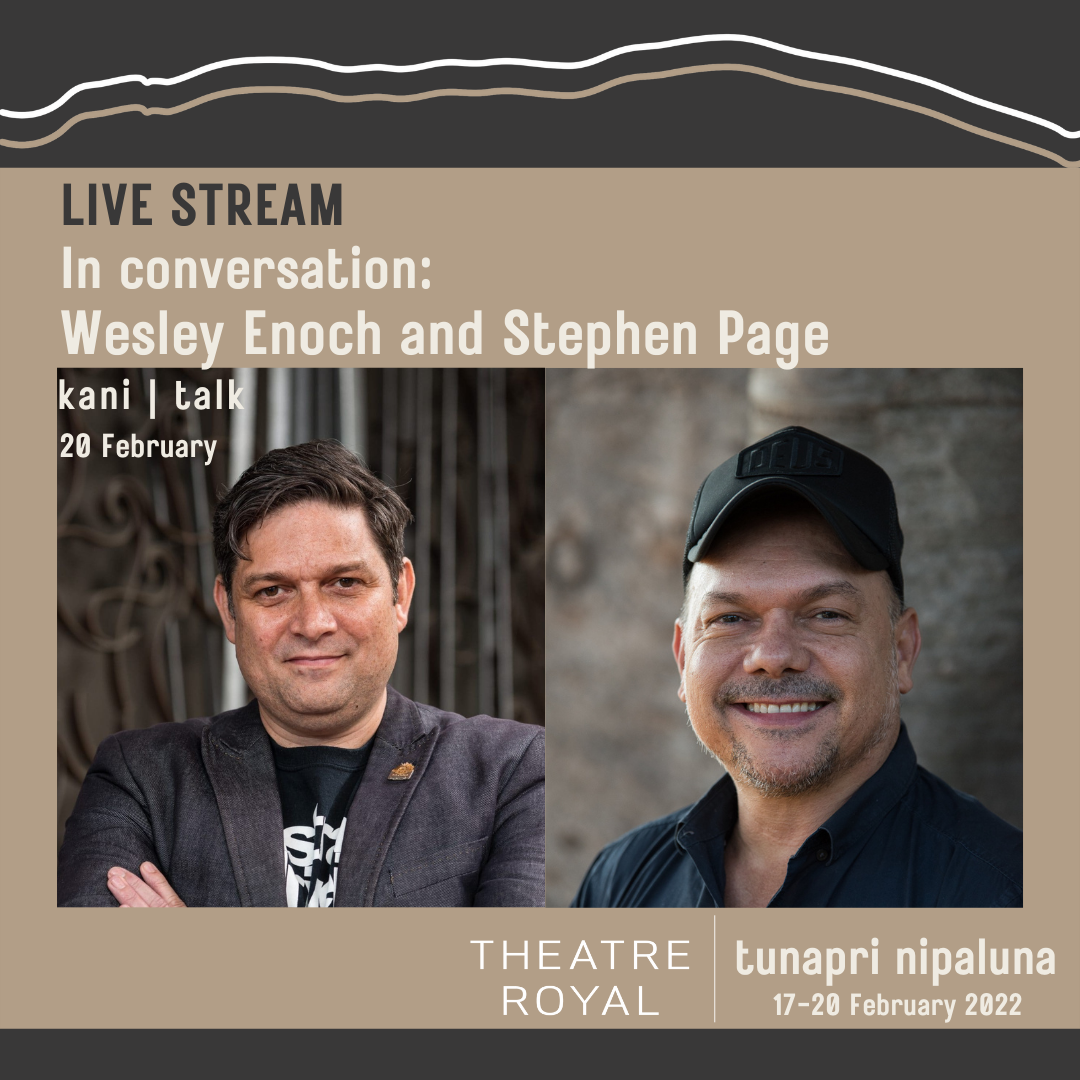 Theatre Royal says
tunapri nipaluna is a weekend of First Nations culture and knowledge sharing in Hobart, showcasing a range of incredible artists and cultural leaders from Tasmania and around the country.
Over four days we bring you a range of moving and powerful events and experiences, dance, music, film, exhibitions, a talk and walking tour.
Tickets

This event was streamed live from the Theatre Royal's Main Stage at 12noon on Sunday 20th of February, and you can purchase tickets to view the stream up until 11:59pm on Tuesday 22nd February.

To view this live streamed event, book your ticket via the BOOK NOW button, and you will recieve a PDF ticket with your exclusive stream access link.